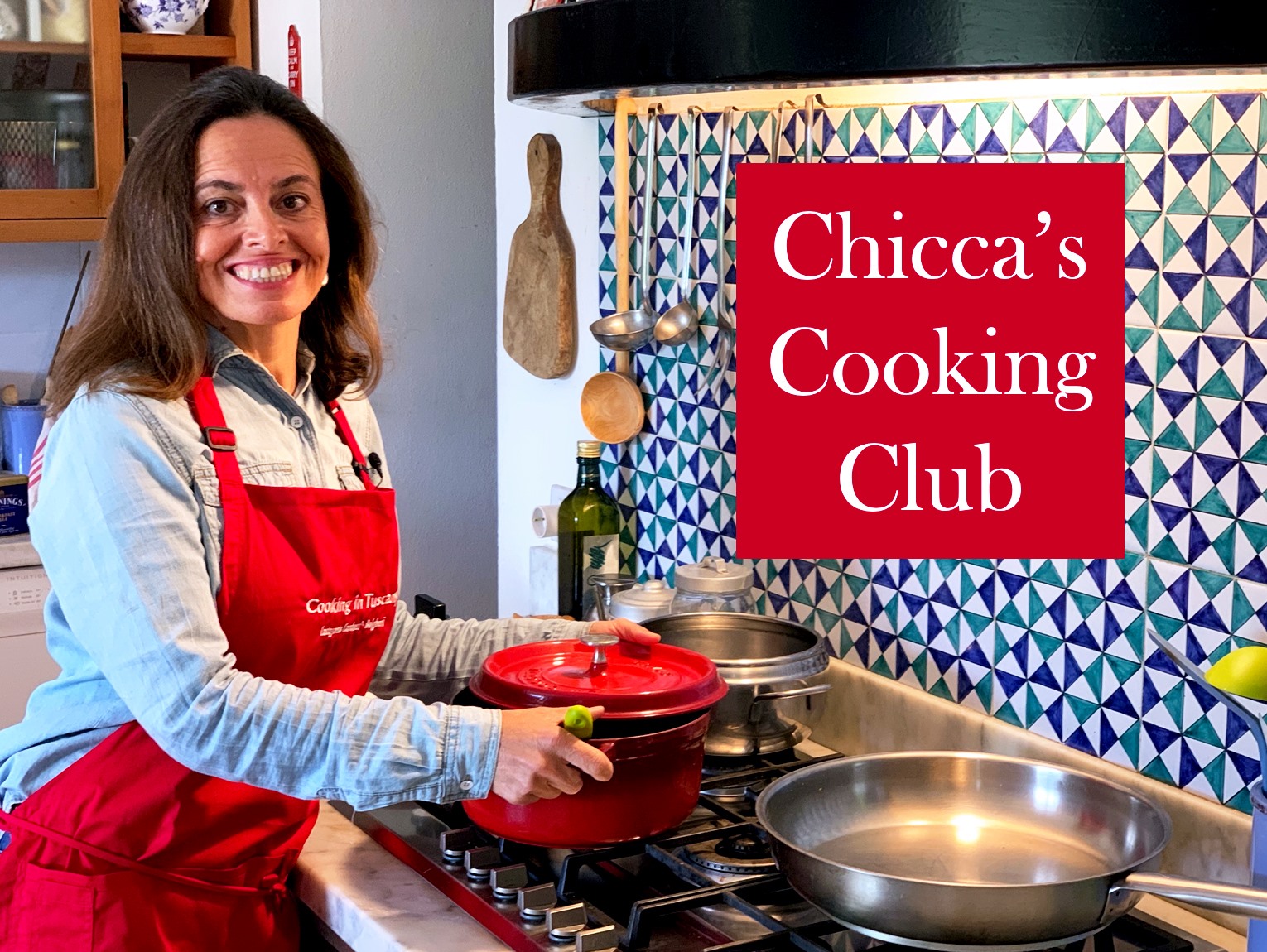 What do you get when you put together an Italian architect, a French media marketer, and a digital nomad couple from Hawaii and Oregon? An online cooking club, of course.

Along with many others in the tourism industry, Chicca lost her main source of income during Italy’s lock downs of 2020. With travel at a stand-still, guests could no longer visit her home in Tuscany for cooking classes, food tours, and vacation rentals.

Friends, Jedd and Michelle Chang, an American digital nomad couple who had previously stayed with Chicca in Tuscany, leveraged their experience with Zoom and online business platforms to help found Chicca’s Cooking Club.

“At the start we said we would be happy to have just 15 paying founding members, but we had about 75 members sign up right away. We were amazed,” Chicca said. 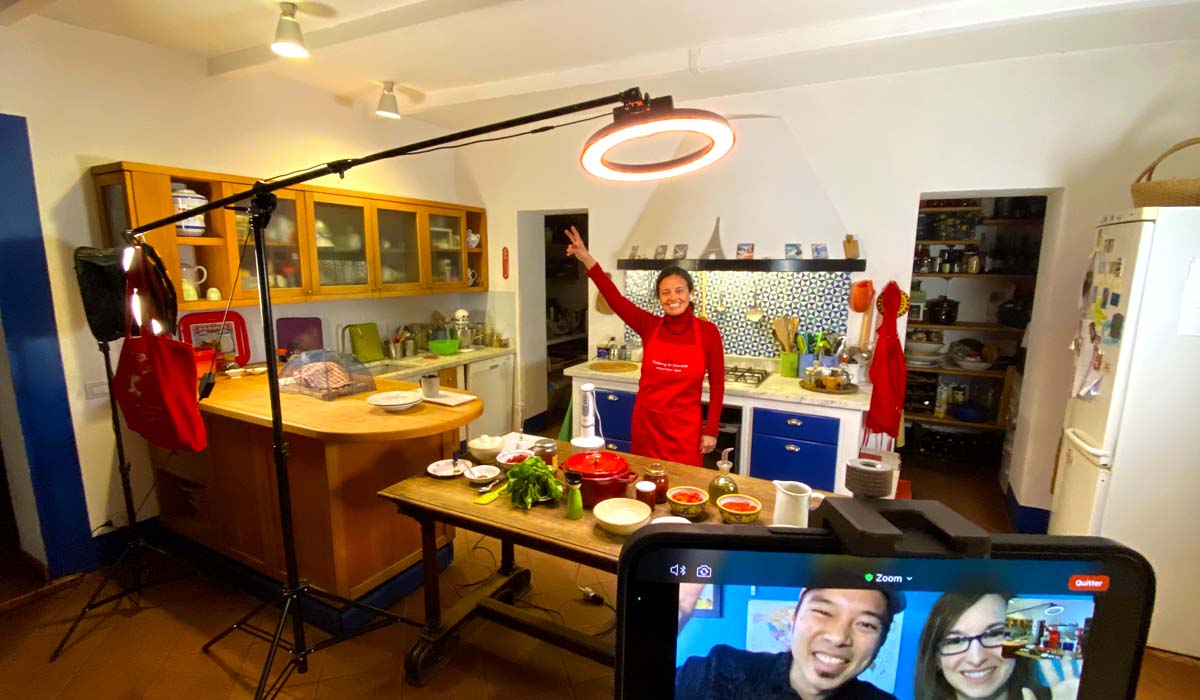 Among other benefits, Chicca’s Cooking Club gives members a seasonal pass to six live cooking classes. Participants cook alongside Chicca while she broadcasts live from her home in Tuscany.

Each class features a new Italian recipe, which Chicca writes herself, pulling from her own family recipes as well as regional traditions. In the habit of cooking at home every day, Chicca’s mantra in the kitchen is “the simplest use of the best ingredients.” 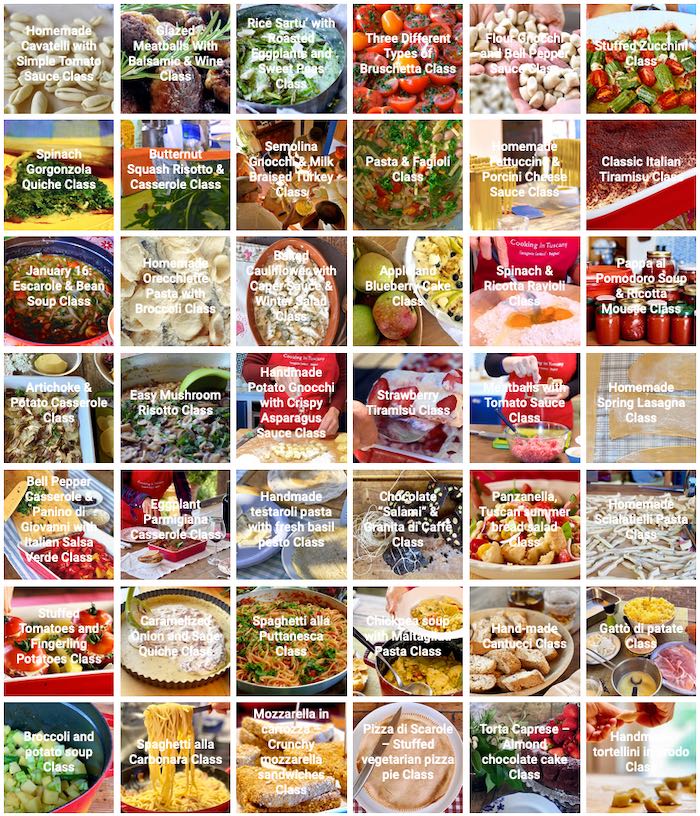 This small international team had no idea if their Cooking Club concept would last beyond the initial three month experiment. But feedback from the founding members was encouraging and they continued to improve on their offering with each new season.

By January 2021, the team’s introductory free class garnered about 600 registrations and more than 380 participants from four continents, 14 countries and 23 States in the US. 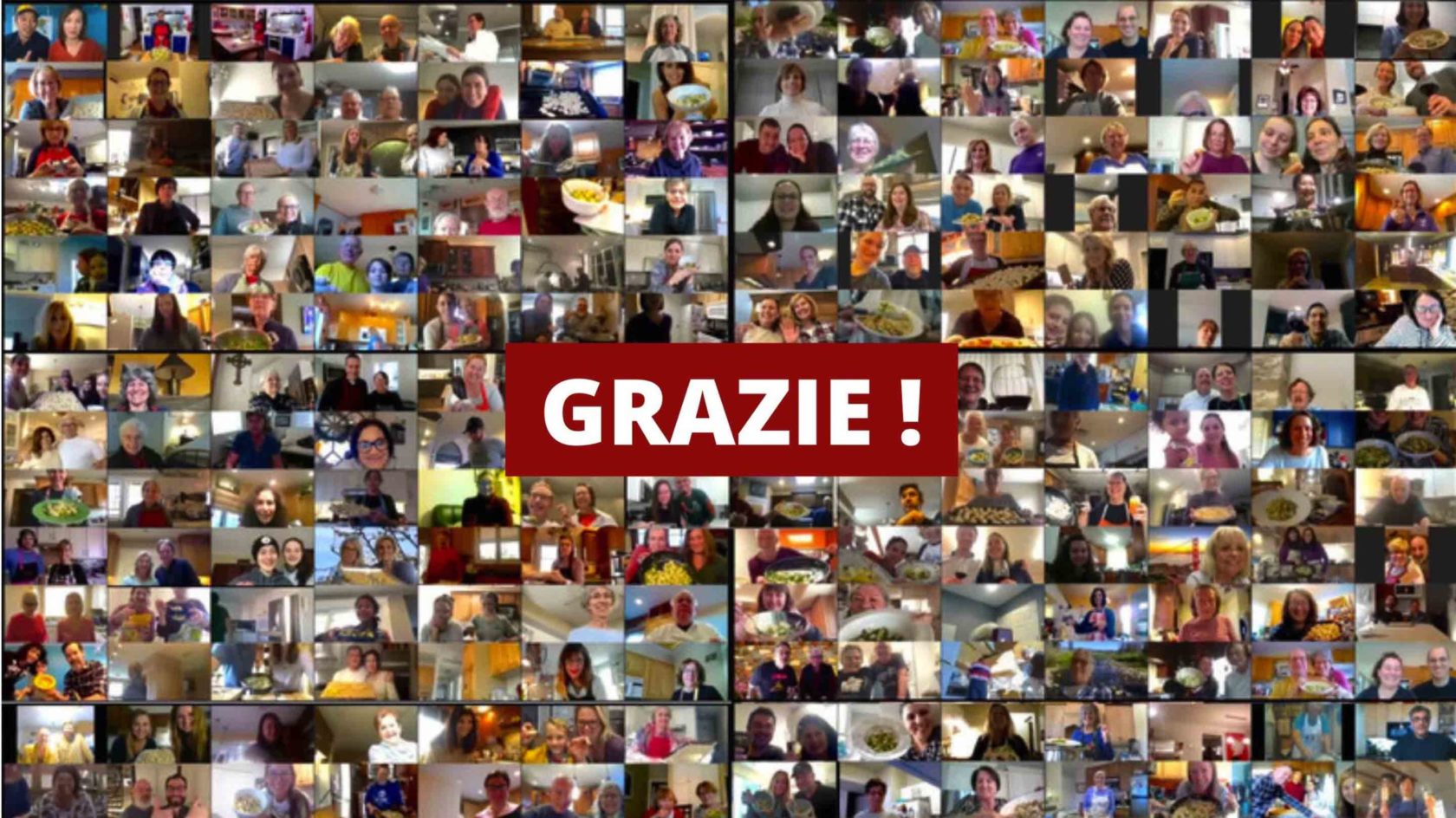 “This is the largest class I’ve ever taught in my life,” Chicca said in an interview with The Guardian, who featured Chicca in a February 2021 article about female entrepreneurs in the pandemic.

At its founding, Chicca’s Cooking Club brought people together during a time of isolation and allowed them the sense of travel without leaving the safety of home. Club membership rose to about 200 people while the pandemic wore on.

As one class participant shared early on, “When the class started and Chicca started talking, my wife burst into tears. So being able to do something like this, those deep connections of food and travel and trying to hold it together until the world returns at least a bit more to normal, mean a lot.” 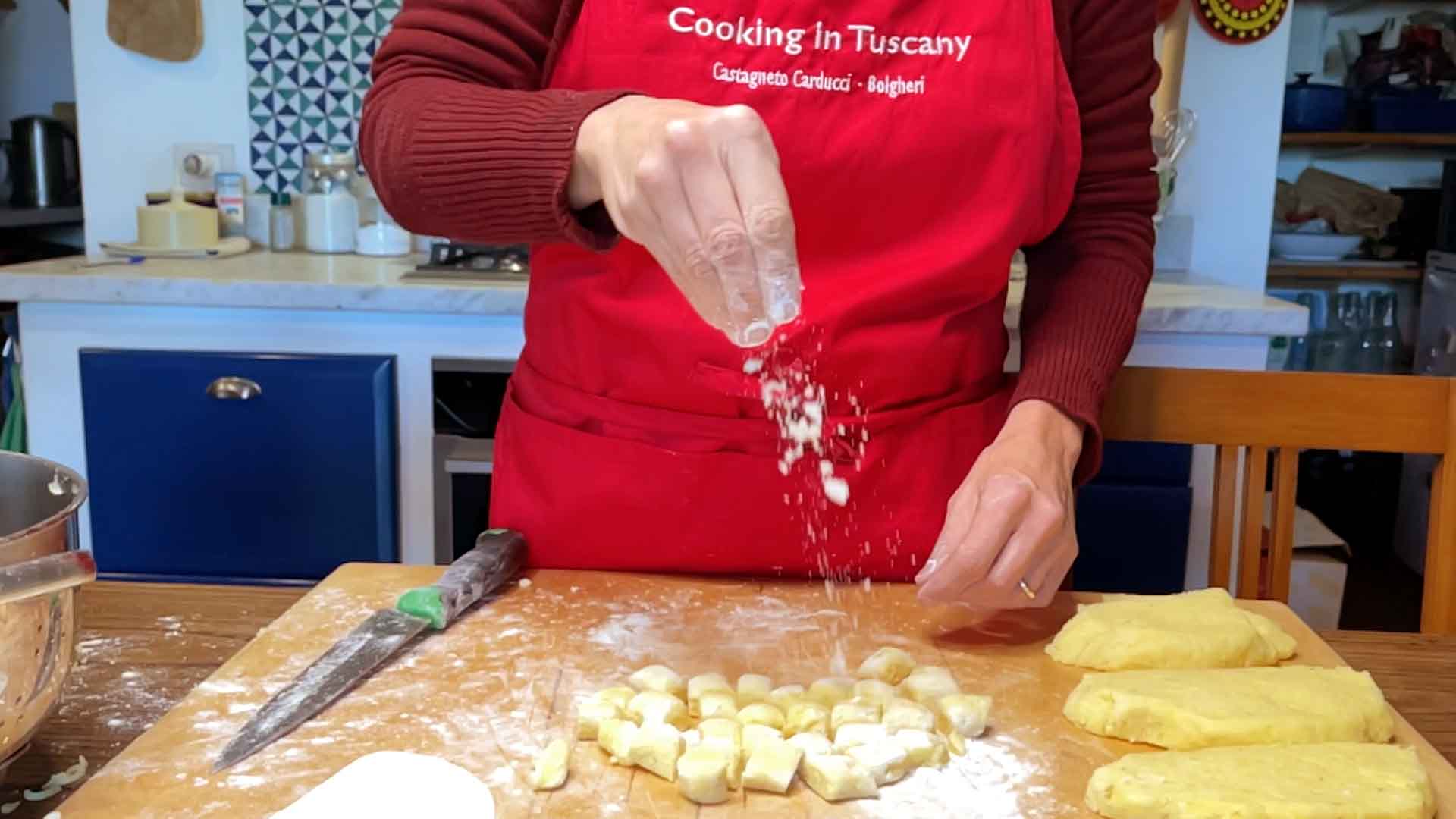 Now, two years and over 50 classes since its inception, the world has changed but Chicca’s Cooking Club is still in action.

Some members have come and gone as their schedules fill back up with in-person activities. But a solid group continues to cook alongside Chicca on Saturdays, trying her latest recipes, and engaging with their global community in the Club’s private Facebook group.

These days, Chicca enjoys seeing more Cooking Club members in the classes who have invited friends over for cooking parties, working together to roll out gnocchi dough or chop vegetables together. The connection her classes foster are no longer purely virtual.

Chicca is also seeing many more visitors coming back to Tuscany. Tour groups and independent travelers are coming back into Chicca’s kitchen in real life, gathering around the long wood table on her patio for a dinner feast under the Tuscan sunset.

Still, Chicca actually finds that she prefers the online cooking class experience to hosting in-person classes. She looks forward to seeing her Cooking Club members on Zoom, not to mention having fewer dishes to clean up after class!

Chicca’s Cooking Club is an online membership where home cooks around the world learn to make authentic Italian dishes, taught live from Tuscany by Chicca Maione. For details about the Club, see https://cookingintuscany.cc/club or subscribe to Chicca’s newsletter.

by Jedd and Michelle | 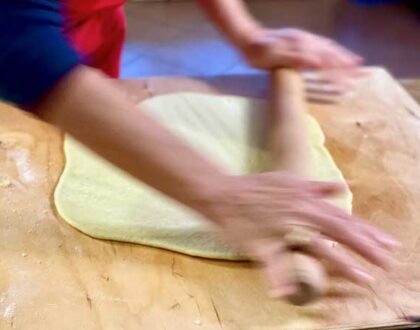 Using the ingredients mentioned in the original recipe, follow these instructions to roll out pasta dough without a... 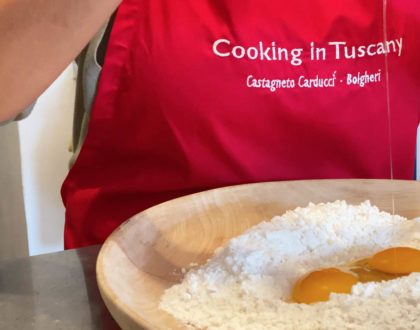 Using the ingredients mentioned in the original recipe, follow these instructions to make a pasta dough with food... 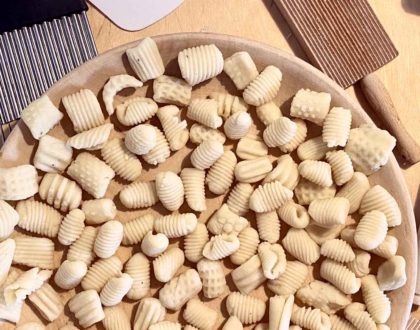